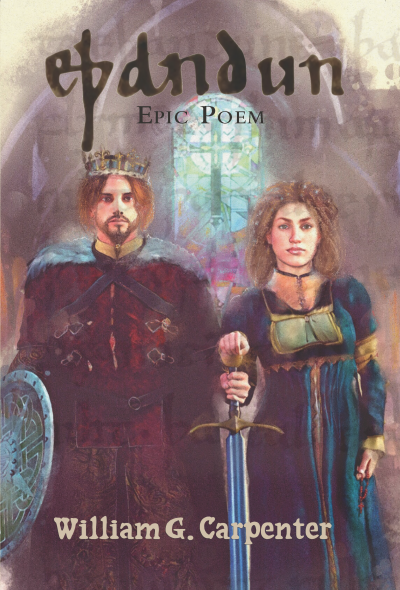 Eþandun, an epic poem in the tradition of Homer and Vergil,
tells the story of young King Alfred’s struggle with the Danish invaders in 878 AD.  Three times he has paid them to leave the kingdom.  Now they drive him from his throne and into the western fens. Defeat challenges his leadership, his courage, his endurance, his cunning, his destiny, and his faith.  By contrast, success rather than failure challenges Gorm, the Danish leader (also known as Gormr, Godrum, Guthrum, and Guttorm), who seeks to stabilize his rule over a foreign Christian people in the face of opposition from both Danes and Saxons.  Both leaders, and Alfred’s consort, Lady Ealhswith, must draw on their ultimate resources to survive the ordeal.

If you are outside the U.S. please contact us and we will quote you a shipping rate.

“Eþandun is an amazing invention—I mean especially the verse and language, the uncanny channeling of that time and place, all fresh and real and brutal and (at moments) heartbreakingly evocative. You’ve rediscovered the soul of Anglo-Saxon—its bluntness, force, humor, irreverence, and jingling eloquence...

“You’ve used Anglo-Saxon to do what Milton did with Latin—revise the whole sound of English, back to a mind-world that is both far more moral, innocent, and noble and also far more vulgar, brutal, and naive. It’s like rediscovering one’s childhood, but it’s the childhood of one’s people… You’ve gone back to the twin mandrake root of the English tongue, the Latinate root and the barbarian Germanic root... Your Alfred is the maker of the union.

“For me, best of all, is the English weather. The hills, the storm clouds, the shivery feeling of an English dawn, the quick changes in the wind, the birdsong—so many little birds suddenly erupt when the humans are silent—the smells of woodsmoke and dew and surf and sun warmed heath.

“Of course I loved the fight scenes, the exhaustion and adrenal rush and collapse, the most primal but one of all the physical expressions of feeling.

“And I grew to love the narrator, who is himself a fascinating character. A sort of Langland character, with his cringe-making alliterative lines and bombast and head-spinning erudition, a Chaucer or Eschenbach without the tact and politesse. But with a true Christian spirit, that stands out in all its ancient embarrassing strangeness.

“a work of genius, of true poetry, and also a staggering piece of historical scholarship... utterly original in concept and execution.”

Frederick Turner
author of The New World, Genesis, Apocalypse, and Epic: Form, Content, and History
“The Gawain poet was trying to patch up the uneasy marriage between Anglo-Saxon and Norman French, and I’ve always thought he was metrically shaky… Carpenter’s Alfred is a wannabe medievalist’s delight... his meters effortlessly assured… We don’t know much about the king who united Britain (nobody else in his day wrote as well as he did, and he was not his favorite subject), but through Bill’s eyes we imagine him.” 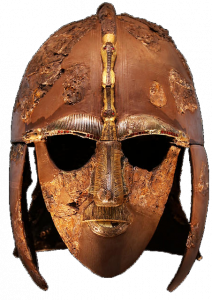 878 AD. This year about mid-winter, after twelfth-night, the army stole out to Chippenham, and rode over the land of the West-Saxons; where they settled, and drove many of the people over sea; and of the rest the greatest part they rode down, and subdued to their will; — all but Alfred the king, with a little band, uneasily sought the woods and fastnesses of the moors. And in the winter of this same year the brother of Ingwar and Halfdan landed in Wessex, in Devonshire, with three and twenty ships, and there was he slain, and eight hundred men with him, and forty of his army. In the Easter of this year King Alfred with his little force raised a work at Athelney; from which he assailed the army, assisted by that part of Somersetshire which was nearest to it. Then, in the seventh week after Easter, he rode to Ecgbert’s stone by the eastern side of Selwood; and there came out to meet him all the people of Somersersetshire, and Wiltshire, and that part of Hampshire which is on this side of the sea; and they rejoiced to see him. Then within one night he went from this retreat to Iley; and within one night after he proceeded to Edington; and there fought with all the army, and put them to flight, riding after them as far as the fort, where he remained a fortnight. Then the army gave him hostages with many oaths, that they would go out of his kingdom. They told him also, that their king would receive baptism. And they acted accordingly; for in the course of three weeks after, King Guthrum, attended by some thirty of the worthiest men that were in the army, came to him at Aller, which is near Athelney, and there the king became his sponsor in baptism; and his crisom-leasing was at Wedmor. He was there twelve nights with the king, who honored him and his attendants with many presents.